It maybe hard to believe that charity shops are doing nothing but good all round. However many people are criticising them recently, even going as far as saying they could be the death of our high streets.

From pound shops to pawnshops along with mass empty premises, these all suggest our cities high streets are struggling to attract shoppers to say the least.

But one sector in particular is currently thriving – charity shops.

A well-known destination for charity shop devotees would be Newport, many come from miles around to hunt down those bargains there. For the post this week Newport will be used as a case study in order to express the issues that are arising around charity shops, not just in Newport but in many other towns and cities as well.

There is discussion however, that the closure of larger retail shops from Topshop to H&M in Newport is due to the high rent of older buildings along the cities high street. Many of these chain stores have been offered newer buildings in local outside retail parks, where they can have new premises for low prices. Newport Retail Park in particular offered many shops for example H&M and Gap no rent for the first couple of months, to entice them to the shopping facility and to alternatively attract more shoppers to the park.

This has left the high street bare and has enabled charity shops to take over the empty premises with many now opening up next door to each other. The reason why charity shops can sustain their place on  the high street while others can’t is because of the business rate relief. Charitable businesses are currently receiving business rate relief of eighty per cent enabling them to survive in a habitat in which many prominent retail names have been unsuccessful.

Wales Online have recently published this article creating a bigger picture into this issue: http://bit.ly/1aFnWul

Empty properties are left abandoned on the high street

A recent review of business rates in Wales by the Business Minister Edwina Hart, has recommended in particular that the Welsh Government consult on whether the business rate relief for charity shops should be reduced to fifty per cent. It has also been discussed as to whether there should be a limit to the number of charity shops with rate relief in each town and city, along with limits on the maximum size of a property who are receiving the relief.

ANSWER MADE SIMPLE: Non Domestic Rates (NDR) are also known as business rates and are taxes to help pay for local services. These are charges on most non domestic properties.

To understand the issues related to the proposed cut in the rate relief BBC Wales created this report:

Thrift shop Cardiff  spoke to Gail Griffiths the head of fundraising at Bobath charity, who currently is running three charity retail stores in Wales.  Gail stated she thought the reduction in the business rate relief is unfair along with the statement determining charity shops as being ‘the death of the high street’.

Newport city has also established plans for a hundred million pound shopping development financed by property developers Queensberry. The high street was said to be in need of a makeover and after speaking with Newport’s conservative leader, Matthew Evans he made it clear the good that the development will do for Newport. The investment is a surge to make Newport’s high street overall more modernized, including chain stores and restaurants along with a cinema and bowling facilities.

The scheme Matthew said will have the ability to transform Newport and that it could once again become a destination to go to. The investment has also been welcomed and many residents think it will attract more footfall to the city centre once again.

Matthew Evans told Thrift Shop Cardiff, how much potential Newport has as a city and why the investment was needed as the city is currently ‘drudging along the bottom’…

Listen to what Matthew Evans has to say here:

-Picture courtesy of Twitter.com via newport.gov.uk

This asks the question as to whether this could be cycle in years to come? The rates/rent go up for businesses so they continue to move and charity shops then move into the empty premises. The situation could then just be running in continuous circles. It leaves the debate as to whether in the throw away culture we are in today are charity shops a staple part of the high street, and are they needed as a good ethical way to recycled unwanted items.  That also could lead to the saying of is there too much of a good thing in one place?

And its not just in and around Wales that the issue with charity shops is being discovered…The Daily Mail have also listened to the tune of ‘the death of the high street’ with the headline… ‘Kent Town with just 15,000 people has TWELVE charity shops filling the space where businesses have gone bust…’

and for further information why not read this report again by The Daily Mail: http://dailym.ai/1d0IEb1

Let us know your views…after all it is YOUR high street?!

Look what we’ve been pinning… 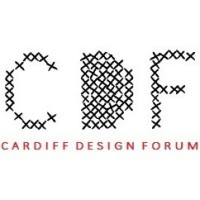 All the things someone didn't want anymore

A treasure chest of vintage loveliness